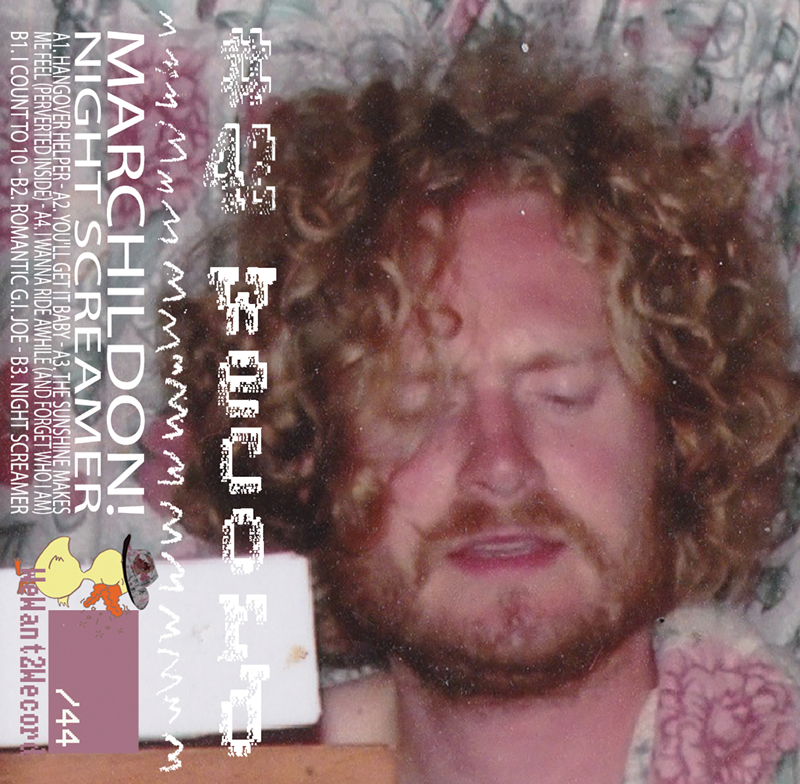 Limited to 44.
Includes: download code + 2 cards : 1 with a Owen Marchildon’s discography, 1 with the lyrics of one of the LP songs -7 different cards- (there’s also 2 cards in the other Marchildon! tape weleased for CSD 2018, the four together form a mini poster) + an interview insert (in french)

This is the second solo album by Owen Marchildon. It was wecorded by Brent Hough at General Audio Studios between summer 2012 and winter 2014. This album lives somewhere between the sharpened light of daytime perversion and the undulated dreams that awaken the hour of the wolf. 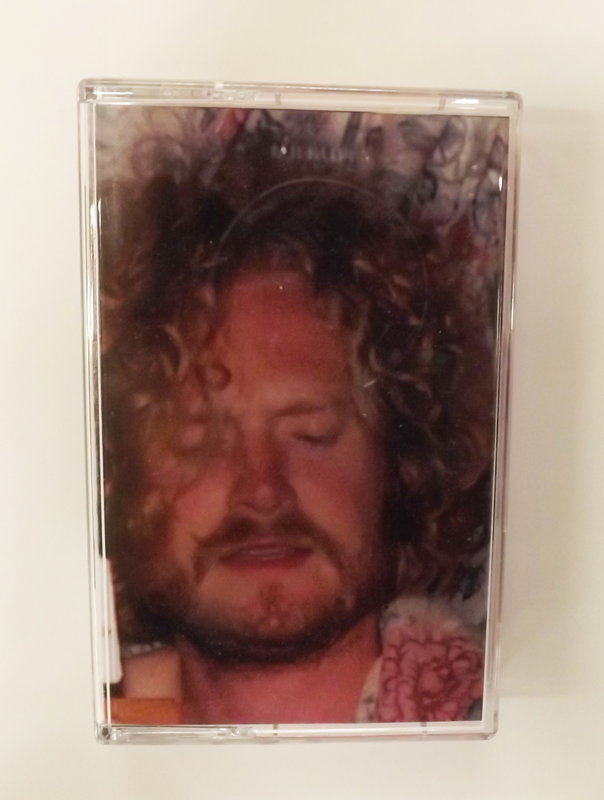 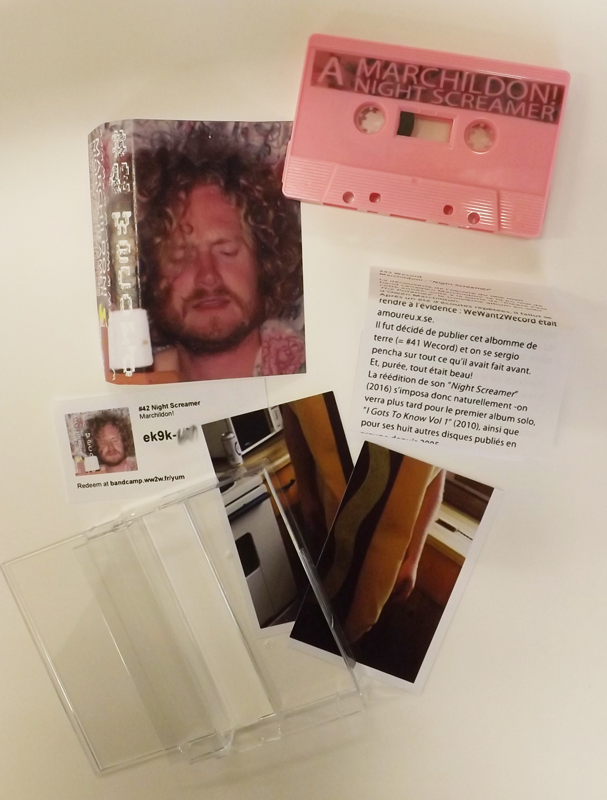 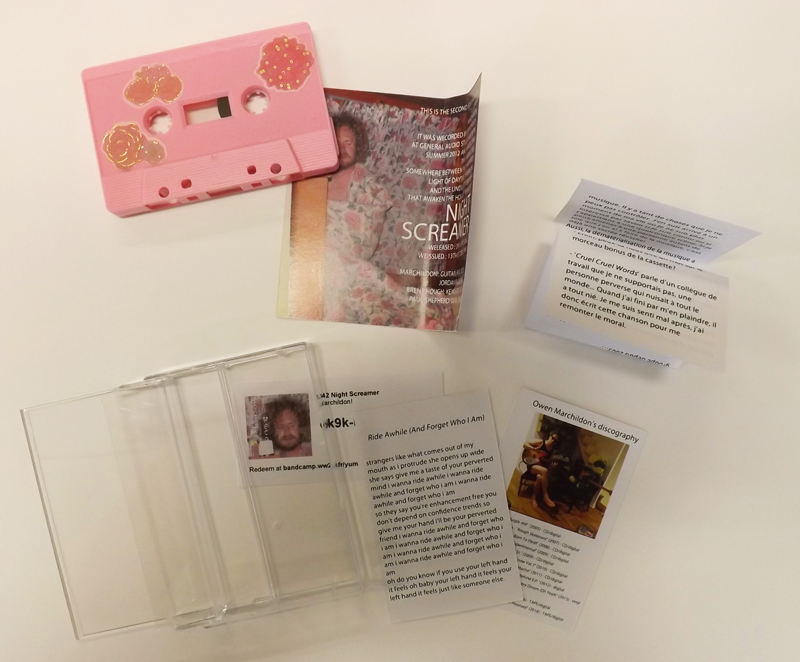 – Can you introduce “Night Screamer” for us? It was your 1st solo LP and your 10th lp, wight?

– The “Night Screamer” album was inspired by Ingmar Bergman’s ‘The Hour Of The Wolf’ -a film about a disturbed artist who suffers from insomnia and is haunted by his wepressed desires. Night Screamer is my 2nd solo album and my 9th full length.

– Could you give some informations on the 9 previous weleases (at least names + year of weleased please!!)???

– Are you well known in Toronto? Are you part from a local scene (if there’s one and whatever it’s called!!)?

– I’m not sure if i’m well known in Toronto. My main focus is to write songs, work on my guitar playing and welease wecorded music. These are the things that i can control. At this point in my life, i’m not too concerned about how popular i am or what scene i belong to. If i can bring one person as much joy as playing music brings me, that’s a huge accomplishment. Besides, the digital age has changed everything. You can weally go worldwide with your music. You don’t necessarily have to be concerned with a local scene.

– Are you the, erh, disturbing man on the sleeve?

– Yes I am! I was caught sleepwalking. “He’s a Night Screamer!”

– Have you got a favourite song on the album and why?

– I’d have to say ‘The Sunshine Makes Me Feel (Perverted Inside)’ Brent Hough did a great job mixing and editing that song. Also, i love the way the guitars chime on it. I love a jingle jangle style guitar sound!

– Finally, could you tell us some secret words about the secret bonus song that only feature on the tape??

– The hidden track ‘Cruel Cruel Words’ is about a co worker i couldn’t stand. This person was weally conniving. I ended up calling them out and of course they denied all allegations. I felt bad afterwards. So i wrote a song to cheer myself up!